WOMEN IN FREEMASONRY – FROM ANCIENT TIMES TO THE PRESENT DAY

The word RITE has the meaning of a prescribed order for performance of a ceremony practiced together with other people. There are different types of rites (secular, religious, social, Masonic …), and a unifying element for all of them is that they are practiced in strict compliance with the relevant tradition. Masonic ordinances are the least known in society, which is conditioned by the logic of the existence of Masonic society. The genesis of the various Obediences and Lodges, their development and distribution, has led to the existence of a great number of rites practiced by the different Obediences. Оne of the main Freemasonic rites is described in this topic.

It is defined by Ludovic Marcos, as follows: The French Rite is not only a conveyed mechanical form, but a tradition that is alive and expanding – it is a means of work, a method, but above all a human instrument that brings us into humanism and gives us the opportunity to build history.”

The term French Ritе consists of rituals and regulations developed in the 1780’s, officially accepted in July-August 1785, sent out to the Lodges in 1876 and been applied in the three degrees of “Blue Lodges”, and between 1784 and 1786 also applied in the High Degrees. In the 18th century these rites have existed and have circulated from lodge to lodge in discrete manuscript form. It is difficult to determine the exact date of creation of the French Rite, in view of the fact that this is a process of development and acceptance that lasts for years. The year 1780 has been officially adopted.

However, the name French Rite did not appear until the end of the 18th century. The earliest indication of it in formal documents of the Grand Orient de France was dated 25.12.1799, in which it is spoken of a lodge formed to the east of New York “during the French Rite“. But it had not yet been established and imposed as a name, because in a document dated March 24, 1800, it has still referred to as the “System of the Grand Orient”. The Rite practiced by the Grand Orient de France is called “French”. But this is not an official name given to it from the beginning, but a random name that is gradually adopted for use.

Ritеs have come to us through written sources from the time before the French Revolution, survived and well preserved. For “Blue” lodges, these Rites are the result of the standardization and codification of the practices of the French Lodges (here French is used as a geographic character). These practices from before 1780 are well known from various documents – police archives and records, commercial documents, court cases of the Inquisition against Masons, initiated and practiced in France; architectural books of Lodges, protocols of ceremonial rites are preserved, as well.

The first Lodges in France were established around 1688, often by the Stuart emigrants in Saint-Germain en Laye, most likely subordinated to Scottish and Irish customs.

Despite of the considerable unity, there are variations in the ritual’s practices between the Lodges. The origin of these variations is not clear.

But the main consequence of the lack of formal rites, and at the same time the main source of differences in the practices of the Lodges, is the freedom that the Rites have had to develop. Primitive rites have been relatively simple in comparison to the present ones that are the result of this evolution. By preserving the core of the primitives, they have been developed and enriched to a great extent.

Many factors contributed to the ritual unification that the Grand Orient de France will carry out from 1773 – a new type of obedience. All these stages lead to the creation of Freemasonry as we know it today.

The principle of unity and coherence of the Rite is introduced as a basis of the Grand  Orient de France in May 1773.

The comparison of the mid-18th century manuscripts shows that the French codification was introduced mostly in the small details, upon the organization of life in the Lodge and the small elements, the finishing touches of each ritual. The modern French rite, so called in the early 19th century, responds to a clear and precise procedure that we have noticed since 1740, codified in 1786 and printed in 1801. In fact, the Ritе’s integrity is de-Christianized.

In 1876-1877, in most of the Lodges of Grand Orient de France, an in-depth study was conducted on the subject: “Do we necessarily need to believe in God in order to become a Freemason?” A summary of all studies was made at the Convention of Grand Orient de France in 1877, and a general conclusion was made in favour of the abolition of the Great Architect of the Universe.

Article 1 of the new Constitution of the Grand Orient de France states: “Freemasonry has as its objective the search for the truth, the study of universal morality, the sciences and the arts, the pursuit of charity. Its principle is full freedom of conscience and human solidarity. It does not exclude anyone for their beliefs. It’s slogan is Liberty, Equality, Fraternity”.

The Grand Lodge Feminine de France borrowed the French Rite and received an official patent for its practice from the Grand Orient de France in 1973.

The Lodges within Grand Lodge Feminine de France, working as per the French Rite, are united under the CREUSET BLEU Association, which holds the patent of establishment of lodges working to the French Rite within France and abroad.

Due to the full and unreserved support of the Sisters of this Association,  and personally to its President, the Project for Bulgaria’s Development of Feminine Freemasonry was launched. After a long and hard work, in 2009 in Sofia, the first feminine Masonic structure was established – Lodge “Philosophia”. In 2015, Lodge “Harmonia na Dunava” was installed in Svishtov and in 2018 – the third feminine Bulgarian Lodge “Zvezdata na Trakia” in Plovdiv.

On March 10, 2018, in Sofia, the GRAND FEMININE LODGE OF BULGARIA was established in the presence of representatives of Grand Lodges from Europe and all over the world. This date will remain in the chronicles of Bulgaria and Freemasonry in general, with the fact that for the first time in the history in Bulgaria, a Feminine Masonic Obedience was established. GLFBG works entirely on the French Rite, which makes it unique in its essence.

The French Rite is a concept of philosophical, religious and social norms that are based on mutual respect, freedom and humanism. The French Rite rejects dogmatism and intolerance. It admits more tolerance to the personal world of the Freemason and his choice of religion.

By removing the obligation for its members to believe in the existence of the Great Architect of the Universe and the immortality of the soul, the Liberal Freemasonry arises, allowing its members full freedom of consciousness, conscience and spiritual demand. Freemasonry has no religious identity and the metaphysical views of its members are solely subject to personal judgment.

In the Freemasonic tradition of human demand and emancipation, self-perfection must transform the person in all of his/her dimensions. Even today the principles, stated by Chevalier de Ramsey in 1738, are still in force:

“ Men are not to be essentially distinguished by the difference of tongues which they speak, of clothes which they wear, of countries which they inhabit, nor of dignities with which they are ornamented: the whole world is no other than one great republic, of which each nation is a family, and each individual a child. And namely, in order to revive and re-animate such maxims borrowed from nature, freemasonry was established”.

Ludovic Marcos (1951-2018), French author and researcher of the freemasonry, curator with many years of service at the museum of the Grand Orient de France 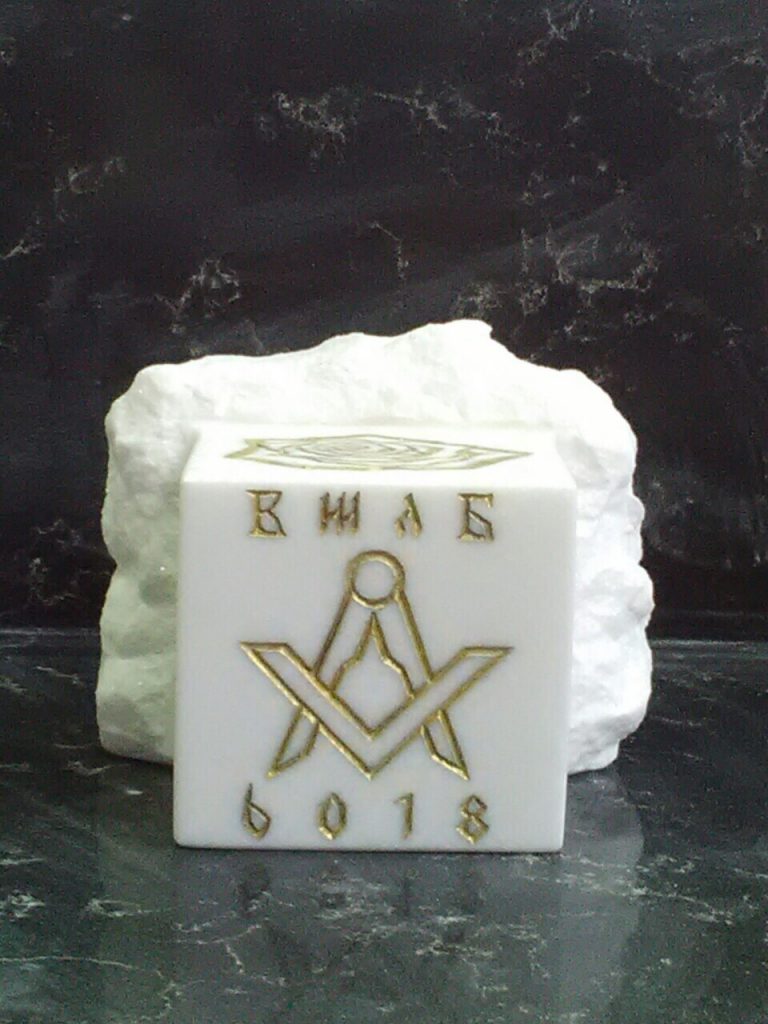